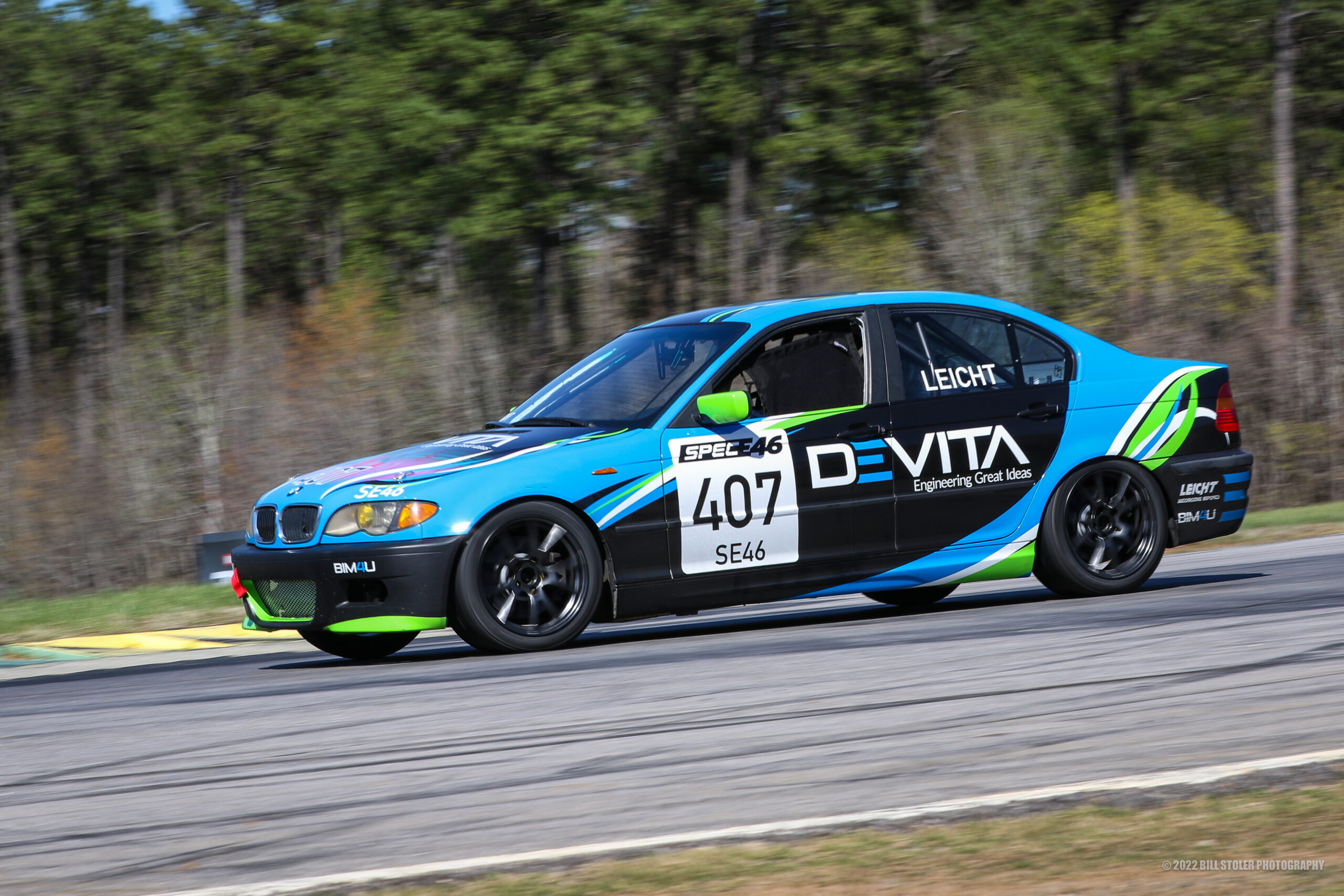 DEVITA’s Precast Division in Greenville, South Carolina took time out on Friday, March 25 to celebrate the firm’s sponsorship of Evan Leicht’s BMW SPEC E46 #407.  Evan, a structural engineer within the Division since 2012, began wheel to wheel racing in 2011 in Illinois and Wisconsin after attending Track Days in the region over the prior few years.  He plans to race three times this year in the BMWCCA CLUB RACING circuit between April and October at Virginia International Raceway, Road Atlanta, and Carolina Motorsports Park.

Evan’s passion is the result of many wonderful racing experiences with his late father, including an arranged 150mph ride along at age 14, and hours working together preparing cars for the track.  Evan wrote on social media that his father “taught me everything I know [about building] a racecar.”  Evan’s father passed away in 2012; the number 407 is in honor of his birthday (April 7).

DEVITA is proud to support Evan and wishes him good luck on the Circuit this year!

Celebrating the Holidays with DEVITA!